Murcia is the 7th largest city in Spain and the capital of the region of Murcia. There are numerous beautiful sites to see in Murcia, including the beautiful Gothic Cathedral dating from the 15th century, Real Casino Murcia from 1847, Plaza de Glorieta, a charming square from the 18th century, Museo Salzillo de Murcia, Plaza Julian & Romea theater, a theater dating to 1862 and a perfect square if you want to grab a spot on a terrace, Castle Monteagudo, the Santa Clara monastery etc.

Located in the southeast corner of the Iberian Peninsula, between the regions of Andalusia, Castilla-La Mancha and Valencia, Murcia covers an area of 11,317 km2 (2.2% of Spain). The region of Murcia is located in the center of the Spanish Mediterranean arch and has a typical subtropical Mediterranean climate. From a geographical point of view, the area is characterized by many contrasts: dry vs. irrigated land, plains vs. mountainous areas, coastline vs. inland.

Due to its intense historical tradition, the repeated superimposing of cultures and its strategic location as a Mediterranean enclave, the region has many remnants of the past. You will find a wealth of sites in the region: rock paintings from the Iberian period, the splendor of Roman antiquity with its urban sophistication and taste for the theatrical, Visigothic cities, Arab medina, Christian castles, watchtowers, churches and temples, civil and military buildings.

Madrid of the South

Murcia, also known as the "Madrid of the South", is the capital and, with its 650,000 inhabitants, also the largest city in the province. Murcia used to play a leading role as a producer and trader of silk. A visit to the Palacete de la Seda is therefore highly recommended. A visit to Murcia involves a number of unmissable stops, such as the Cathedral, the Episcopal Palace and the Plaza de las Flores. The cathedral is a blend of Gothic, Renaissance and Baroque styles and was built in the 14th century on the remains of an ancient mosque. The Episcopal Palace and an avant-garde building designed by architect Rafael Moneo can be found on that same square. At the famous Plaza de las Flores or "the Square of Flowers", Murcians come together to meet and catch up. Social networks and the family are a very important part of Spanish society. You can watch the crowd peacefully for hours while drinking a glass of wine and enjoying some tapas in the many tapas bars. 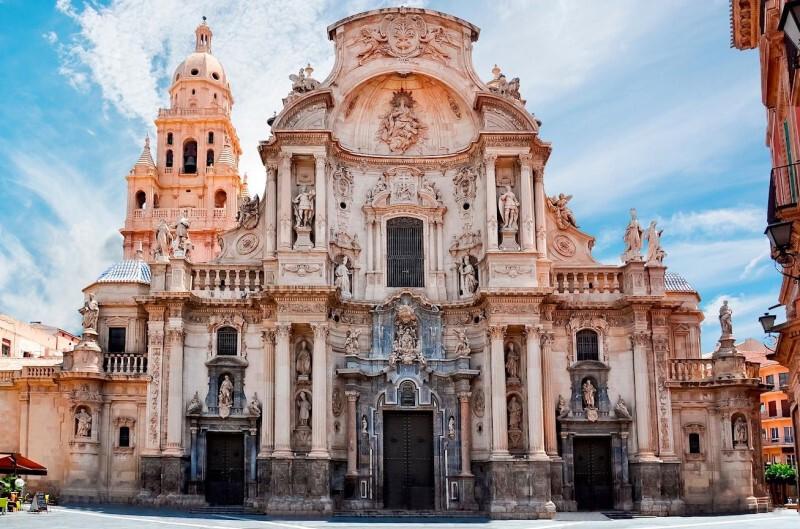 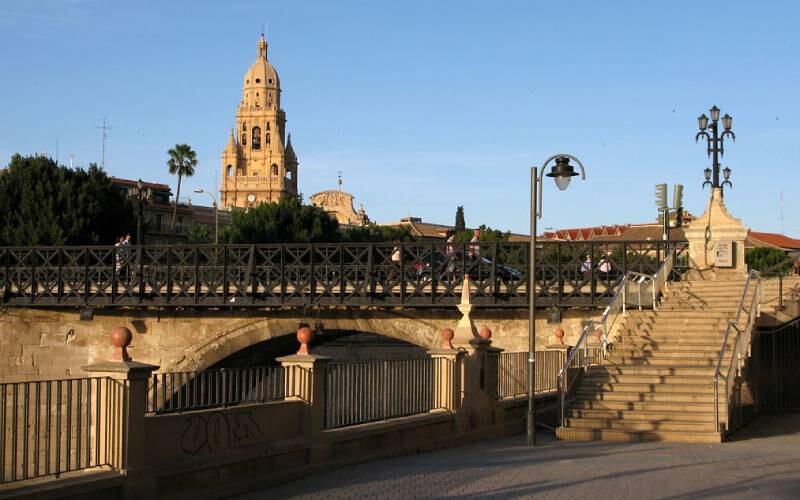 Back to Surrounding Area info